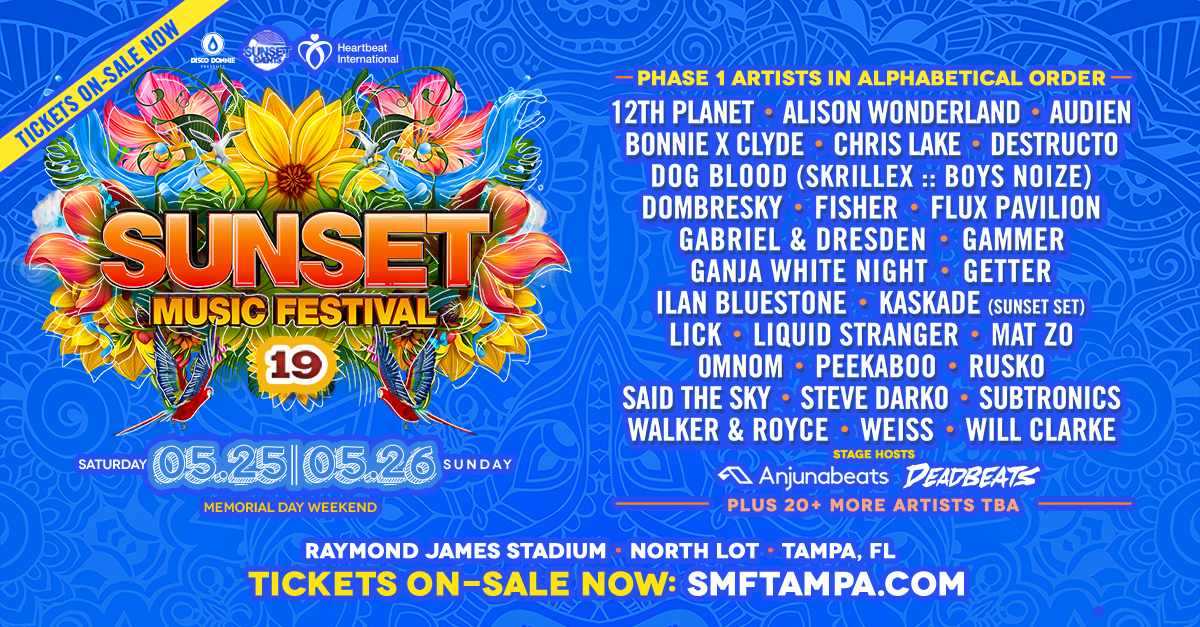 Another BUSY weekend coming up!!! Tallahassee to Tempa to Toronto lets gooooo

NEXT WEEK 🔥 @PastorTroyDSGB takes the stage for #MischiefMondays at @theritzybor! 😈 You don't want to miss out on this one, fam! https://bit.ly/pastortroy1010

Doors open at 10 PM for tonight's dose of MISCHIEF

NEXT WEEK 🔥 @pastortroydsgb takes the stage for

We're looking forward to a SOLD OUT performance wi

TAMPA! You ready to EAT IT UP with @DQ4EQUIS tonig

Grab your tickets for the One World Tour with Gram

We're so stoked to have @inzomusic back in Tampa B

You don't want to miss the return of @cashcash on

On Friday night, @minnesotabass joins us for his

Break out your dancing shoes because TONIGHT @grum

#ICYMI... We've got @dq4equismusic coming through

Next Friday is going to be WILD 🔥 Make sure you

On October 10th you're going to want to be at @the