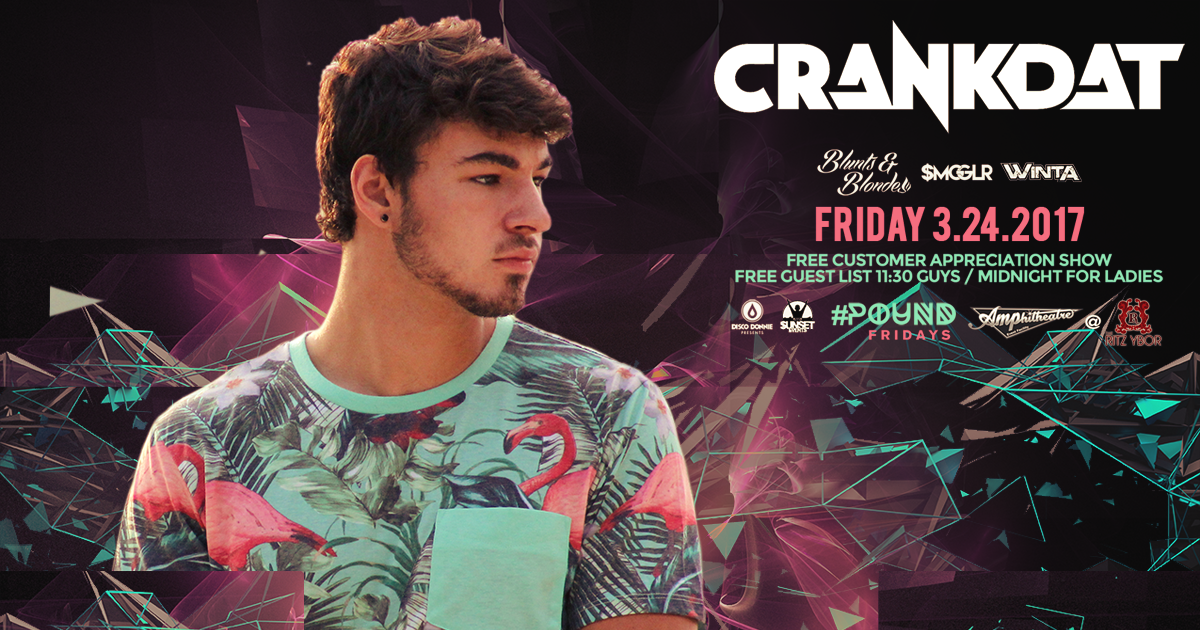 By Andrew FaraoneJanuary 16, 2017No Comments

After making insane ‘Re-Cranks’ of names like Fetty Wap, Skrillex, Swedish House Mafia and many more — CRANKDAT is making his long-awaited Tampa debut at The Ritz Ybor for #POUND Fridays this March!

Don’t miss CRANKDAT when he joins us on Friday, March 24th in Ybor City at The Ritz for a night of insane remixes and re-cranks that’ll leave you begging for more! In the spirit of the new music and us wanting everyone to hear it – We’re making this a FREE Customer Appreciation Show!!! Don’t sleep on the guest list – get on it now!