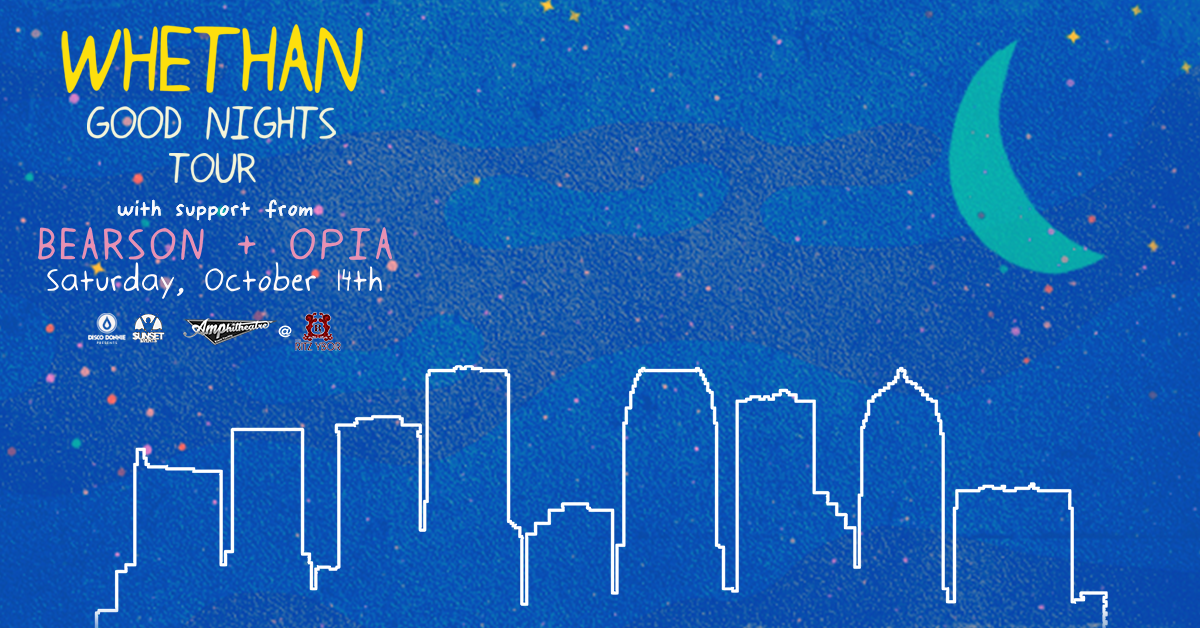 By Andrew FaraoneJune 27, 2017No Comments

18-year-old fast rising producer Whethan announces his 2017 North American “Good Nights Tour” alongside the release of a new single “Good Nights” (feat. Mascolo) – LISTEN HERE – which is as infectious as it is summer ready.

The “Good Nights North American Tour” (WATCH TOUR TRAILER HERE) kicks off in Whethan’s new residence, Los Angeles on September 14th at El Rey and culminates in his hometown of Chicago on November 11th at Concord Music Hall. Advanced tickets will be available to Soundcloud subscribers tomorrow (June 28th) at 10am local time, alongside the general on-sale for tickets on Thursday June 29th available to fans by logging onto http://whethan.com/goodnights. Support acts on select dates include Bearson, SAINT WKND, Opia and Ashe.

Whethan is the moniker of the Chicago-bred producer Ethan Snoreck, who first made a name for himself as a SoundCloud producer, remixing tracks for Louis The Child (“It’s Strange”), ZAYN (“Pillow Talk”) and Ty Dolla $ign (“Blasé feat. Future & Rae Sremmurd”) which all surpassed 2.5 million plays; before releasing a groundbreaking original cut – “Savage” (feat. Flux Pavilion & MAX)” – having amassed over 25 million streams worldwide. “love gang” (feat. Charli XCX) was the next chapter in Whethan’s already ground-breaking discography. The track kicks off with clanging, discordant synths transposed with Charli XCX’s dazzling vocals, before exploding into an ethereal, hook-laden chorus – LISTEN HERE.

Whethan recently opened for The Chainsmokers on their “Memories Do Not Open” US arena tour, on top of many major festival performances including Coachella, with appearances at DoLab & Heineken House, and will also be performing at Lollapalooza, HARD Music Festival and Electric Forest.

Gaining early attention from the likes of Skrillex and Flux Pavilion, Whethan continued to rise through the ranks building a loyal fan-base into 2017.