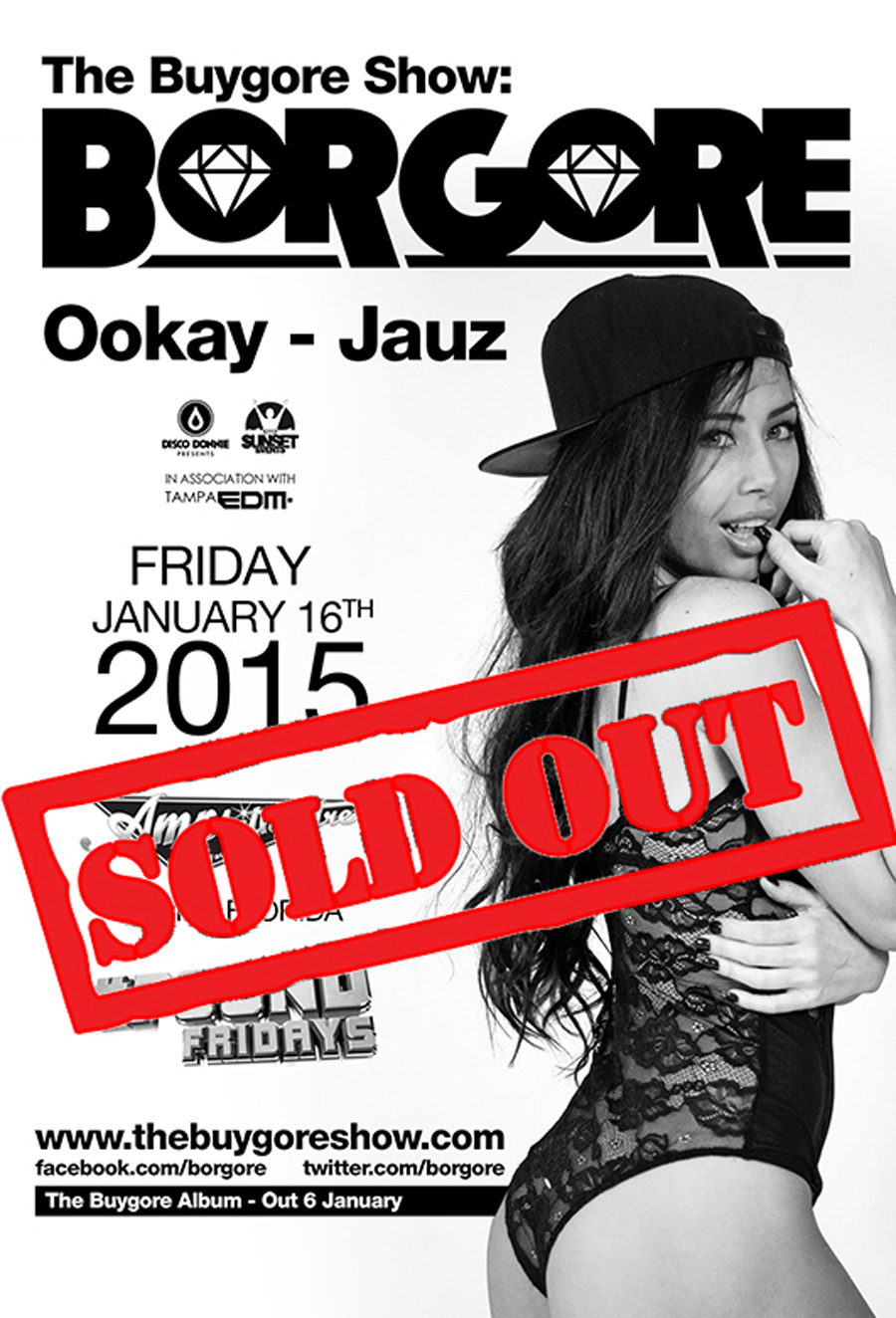 The Buygore Show ft. Borgore at The AMP

The Buygore Show invades #Pound Fridays at The AMP with Borgore, Ookay, & Jauz at the helm.

Borgore is the alias of Israeli dubstep producer Asaf Borger, who is currently releasing tunes through Shift Recordings, Terminal Dusk, Trill Bass, Zaudio, Mad Decent, and sumerian recordsHe is also a drummer for the deathcore band Shabira, and part of the dubstep duo Alphamale Primates, which consists of him and Tomba.

He has recently finished a massive US tour to sold out dates everywhere and a plethora of positive reviews. Borgore has also promoted his fellow artists Bare Noize and Tomba via his Buygore label and continues to tour the world in 2012 while already having dropped the Decisions EP featuring Miley Cyrus on back up vocals and the Turn Up EP that dropped in October that year.He is now in the process of signing with a major label.

With the recent release of Myself In The Way, dreampop collective @turnoverva will float into town in 3 weeks. 🥰 #turnover #theritzybor
http://bit.ly/turnover1213

TOMORROW 💥 Enjoy a night with @DJPAULKOM of the infamous Three 6 Mafia at @theritzybor for a special edition of #MischiefMondays 😈 https://bit.ly/djpaul1128

#ICYMI... @TrivectaMusic brings round 2 of his Way Back Up Album Tour to @theritzybor in January with support from @farout_official 🙌 Secure your tickets online now! https://bit.ly/trivecta0127

Break out your dancing shoes, doors open at 10 PM

Come get you some Blue Collar Bass with @musicbytv

We're jumping into our weekend with @youasidepiece

The decks are stacked tonight for @musicbytvboo's

Grab 20% off on select shows at @theritzybor with

We are stoked to host the return of @midnight_tyra

Next Saturday we've got a lively double-header for

We've got a stacked #BlackFriday lineup with @musi

Grab your tickets for Femmes & Follies' next perfo

Grab your tickets for @goodiemob on December 17th

On Saturday night we're getting to Second Base wit

The face you make when you realize @musicbytvboo i

Next Month, @RiotTenMusic brings his HYPE OR DIE T